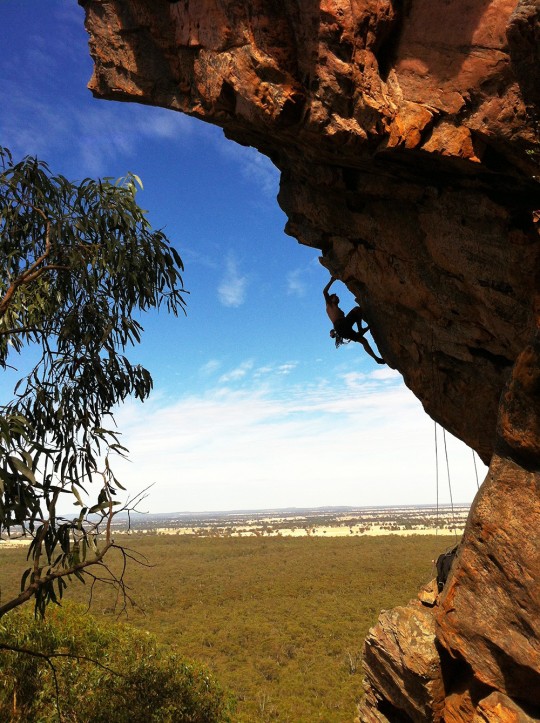 This new Grampians sport-climbing cliff is located just near the Mount of Olives, a couple of minutes walk off the trail linking the Stapylton Campground with the Mt Stapylton Amphitheatre (total walk-in time is about 20min). The cliff is very short (only 12m or so) but the climbing is steep on generally good pocketed rock. There should be enough to entertain most climbers here for at least an afternoon’s moderate cranking. At present there are just five routes (not counting variations) as well as a couple of projects.

There are probably another six or seven possible new routes waiting to be done. The Rust Bucket is most appealing as a summer destination as it faces west, which means that it is in the shade until about 4pm. It also conveniently catches any cool breezes and has an appealing high aspect overlooking the plains. In winter the Rust Bucket would be a very cold place indeed. A few of the routes require stick clips on the first bolts.

The following PDF topo provides approach and route details. It can be opened up in Google Docs Viewer.